T he charity hopes to resurrect the remains of a Mosquito night fighter that crashed at RAF Coltishall, in February , while serving with No 23 Sqn. Exactly 7, were eventually built, the last one on November 15, I turn green and yellow with envy.

When Airbus tried to demolish a building, it uncovered treasure.

T he design was so versatile it served as a bomber, fighter, night fighter, U-boat hunter and reconnaissance plane. The discarded diagrams include details that were top secret during the war and even plans for variants that were never built. New discoveries include early planes to carry torpedoes, possibly to attack the Tirpitz, and a previously unknown photo-reconnaissance plane.

Nicknamed "The Wooden Wonder" due to its nearly all-wood construction, the de Havilland Mosquito was initially conceived as a fast, unarmed bomber and went on to serve in that and many other roles during WWII.

This kit depicts the NF Mk. II nightfighter and FB Mk. VI fighter-bomber variants which were introduced in Spring and Spring respectively.

Parts are included for the NF Mk. The notion ran counter to aeronautical trends in every other nation worldwide but in addition to speed, de Havilland's idea had other advantages.

Wood, and the skilled personnel required to work it, was plentiful while aluminum was in dangerously short supply and aircraft metalworkers were already consumed with producing Spitfires, Hurricanes, and other metal airplanes. De Havilland finally won a contract to build a prototype five months after Hitler invaded Poland but the Air Ministry, and many people in the British aircraft industry, remained skeptical right up until March 3, On that day government test pilots, conducting official trials with the Mosquito prototype, published a favorable report on the aircraft.

From this time forward, official doubt turned to quiet confidence. Like the Comet and Albatross wings, de Havilland built Mosquito wings out of shaped pieces of wood and plywood cemented together with Casein glue. Approximately 30, small, brass wood screws also reinforced the glue joints inside a Mosquito wing another 20, or so screws reinforced glue joints in the fuselage and empennage.

The internal wing structure consisted of plywood box spars fore and aft. Plywood ribs and stringers braced the gaps between the spars with space left over for fuel tanks and engine and flight controls. Plywood ribs and skins also formed the wing leading edges and flaps but de Havilland framed-up the ailerons from aluminum alloy and covered them with fabric. Sheet metal skins enclosed the engines and metal doors closed over the main wheel wells when the pilot retracted the landing gear. To cover the wing structure and add strength, de Havilland woodworkers built two top wing skins and one bottom skin using birch plywood.

The top skins had to carry the heaviest load so the designers also beefed them up with birch or Douglas fir stringers cut into fine strips and glued and screwed between the two skins. The bottom skin was also reinforced with stringers. Together the top and bottom skins multiplied the strength of the internal spars and ribs.

A Mosquito wing could withstand rigorous combat maneuvering at high G-loads when the airplane often carried thousands of additional pounds of fuel and weapons. To maintain strength, trim weight, and speed fabrication time, the entire wing was finished as a single piece, wingtip to wingtip, with no break where the wing bisected the fuselage.

A finished and painted wing was light and strong with a smooth surface unblemished by drag-inducing nail or rivet heads. De Havilland engineers and technicians used generally the same techniques to build the Comet, Albatross, and Mosquito wings out of wood and plywood.


When they designed and built the fuselage, however, they copied the methods and materials employed to build the Albatross fuselage. This airliner was the product of the brilliant mind of Arthur E.

Hagg, de Havilland's Chief Draftsman in He left the company that same year but his ideas lived on in the Mosquito. Hagg created a light, strong, very streamlined structure by sandwiching 9. As the glue cured, metal clamps held the skin layers tight to the mold. Technicians finished the edge of each half of the fuselage with male and female wedge joints as fitters attached wiring and other equipment to the inner walls.

Final fuselage assembly was reminiscent of a typical plastic model airplane kit as the two halves were glued and screwed together. Fabricators completed the final step in building the fuselage when they covered it with Mandapolam. To build the empennage, workers framed the rudder and elevator out of aluminum and covered them with fabric but they built the vertical and horizontal stabilizers from wood. Although the materials are different, Hagg's composite sandwich construction material is similar to the foam and fiberglass composite sandwich developed by Burt Rutan during the s. 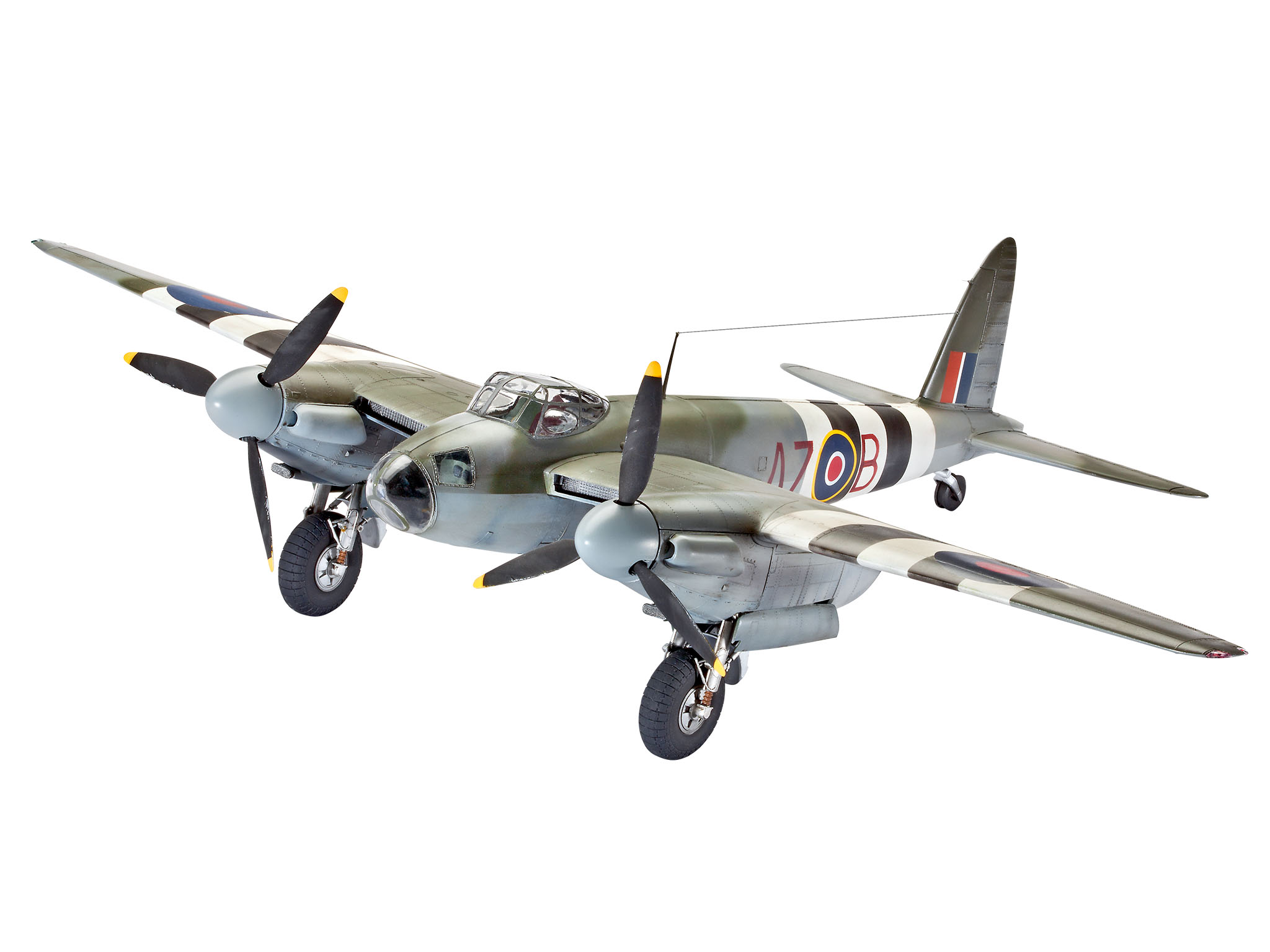 Rutan revolutionized the design and construction of homebuilt aircraft when he marketed kits and plans to build the Rutan VariEze see NASM collection. The first Mosquito prototype flew on November 24, Flight trials revealed only minor development problems and de Havilland finished twenty production aircraft before ended. A photo-reconnaissance D. Bomber and fighter versions began operating in early and Mosquitoes soon swept across the length and breadth of Western Europe.

As a bomber, the Mosquito was fast enough to excel at precision attacks against heavily defended targets. Courageous crews often flew these raids at altitudes of meters feet. Flying this type of raid in a single-engine airplane would border on suicide but the Mosquito's twin Merlins doubled the crew's chances of surviving engine failure. Nonetheless, on numerous occasions, anti-aircraft gunfire or patrolling German fighters splintered Mosquito airframes.

Men of No. Four crews flew their Mosquito B. IV bombers a roundtrip total of 1, kilometers 1, miles and the mission lasted four hours and 45 minutes.


A BBC news broadcast that followed this raid marked the first official confirmation that the Mosquito existed.